Pete Marovich is an award-winning photojournalist has been working as a professional photographer for 30 years since starting as a staff photographer at a medium-sized daily newspaper in Indiana and as a stringer for the Associated Press.Pete moved on to covering the pro golf tours as a contract photographer for 13 years. He returned to newspapers in 2001 and then became the Director of Photography at the Daily News Record in Staunton in 2005. In 2010 Pete resigned to pursue personal projects and be a contract photographer for ZUMA Press. He is currently contributing to Bloomberg News Photos, McClatchy, The Washington Post, The Washington Times, Getty Images, European PressPhoto Agency, United Press International, NBCnews.com and SIPA Press. His archive is represented by CORBIS.

H. Darr Beiser is a veteran Washington-based photojournalist and videographer. He was a founding member of the photography staff of USA TODAY and worked there 33 years.  He is the recipient of numerous awards from the White House News Photographers Association, Best of Photojournalism, the Baseball Hall of Fame and the Pro Football Hall of Fame. 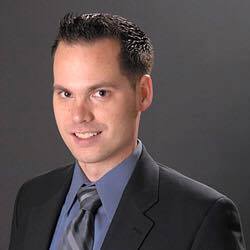 John Shinkle is a photojournalist with over twelve years experience covering Washington, D.C. and national policy issues. John has been with POLITICO from its start-up days almost ten years. Prior to POLITICO Shinkle worked at the Washington Examiner and the Hill Newspaper during the 2004 election.