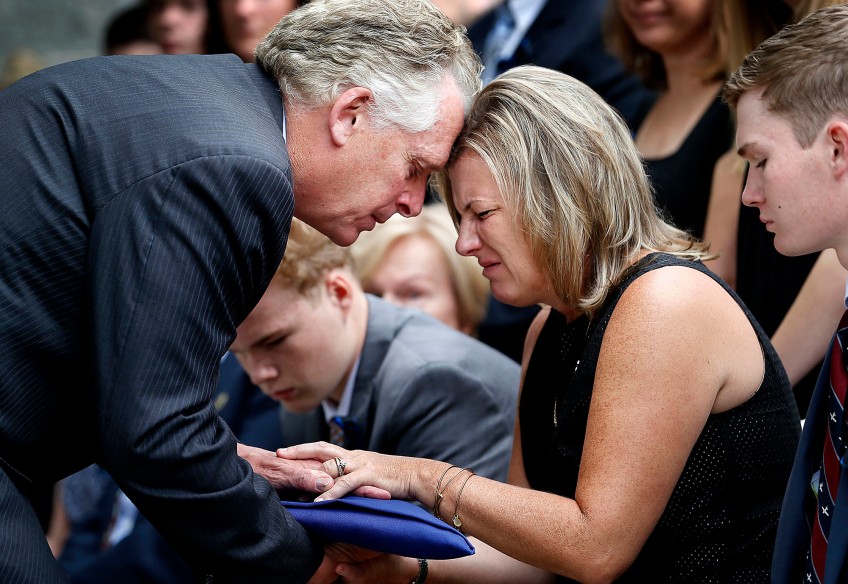 Gov. Terry McAuliffe hands Karen Cullen, the widow of Lt. H. Jay Cullen, the flag during his funeral service Saturday, August 19, 2017, at Southside Church of the Nazarene. Their sons Max Cullen, left, and Ryan Cullen, right, sit with her. Cullen was one of two State Troopers who were killed in a helicopter crash last weekend during the white supremacist rally in Charlottesville.