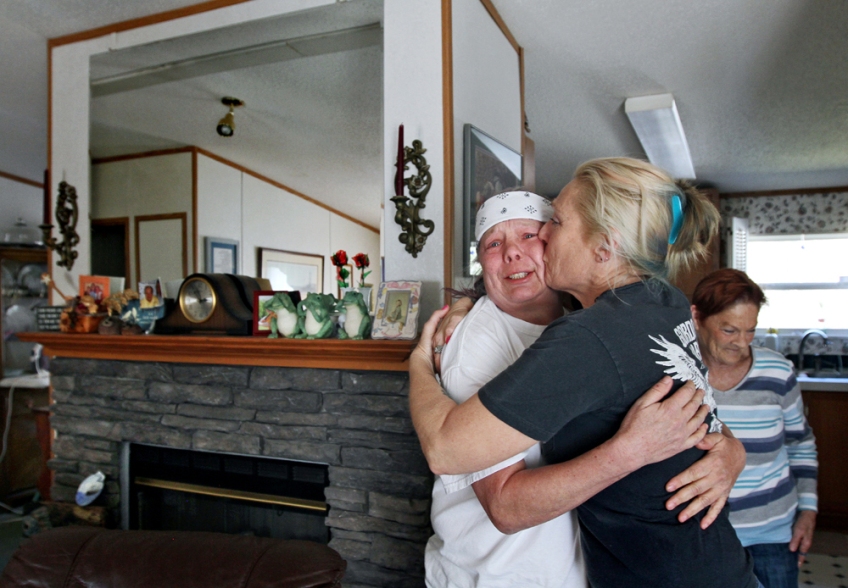 Arriving from Smithfield, Va., family friend and long-time supporter Lisa Fry, left, shares a hug with Pamela Scott, right, at Scott’s mother’s home in the Outer Banks of North Carolina. In early 1987 at the age of 23, addicted and selling cocaine, Scott was convicted of first degree murder and robbery in Hampton, Va. While incarcerated she received her GED, became licensed for cosmetology and is now living as a hair dresser in North Carolina. Scott falls under Virginia’s old parole laws, in which a five-member state board determines whether to release inmates. Tuesday, March 21, 2017