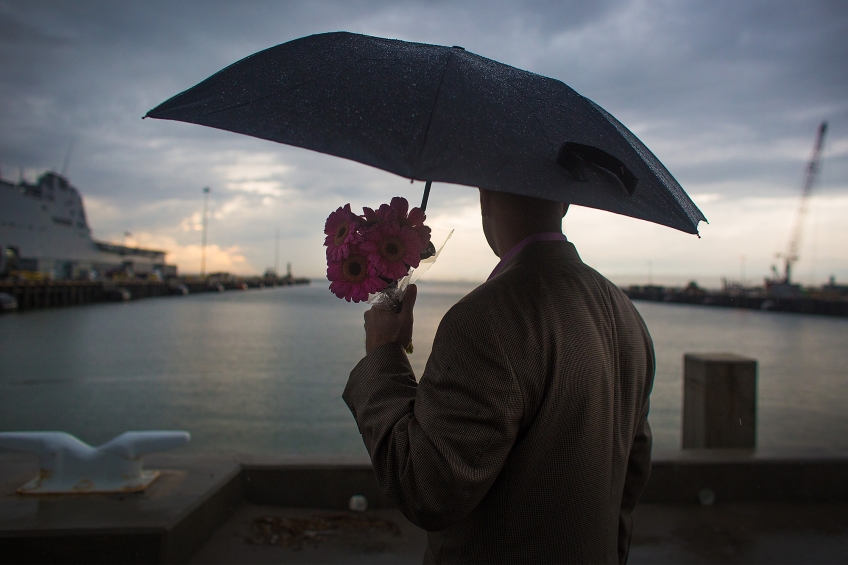 2nd PLACE GENERAL NEWS: Hyunsoo Leo Kim, Virginian Pilot—“It’s great to have her home.” Even before the giant white ship with a big red cross on each side pulled into view, Lt. Col. Greg Hoffman stood out front on the rainy pier under an umbrella, wearing an elegant suit and holding a bouquet of pink flowers. He’s a Marine with 26 years of service. His wife, Lt. Cmdr. Beth Hoffman, is a Navy nurse at Portsmouth Navy Medical Center and was selected for commander on this deployment. In the decade since they got married, they’ve both deployed so many times – including several combat tours – that they’ve been apart as much as they’ve been together, Hoffman said.
“This one was tough,” he said. Communications were difficult. Compared to the Navy’s warships and aircraft carriers, the Comfort’s communications are less sophisticated. There are no phones or video chatting.
It doesn’t get easier, said the seasoned combat officer, his eyes welling with tears.