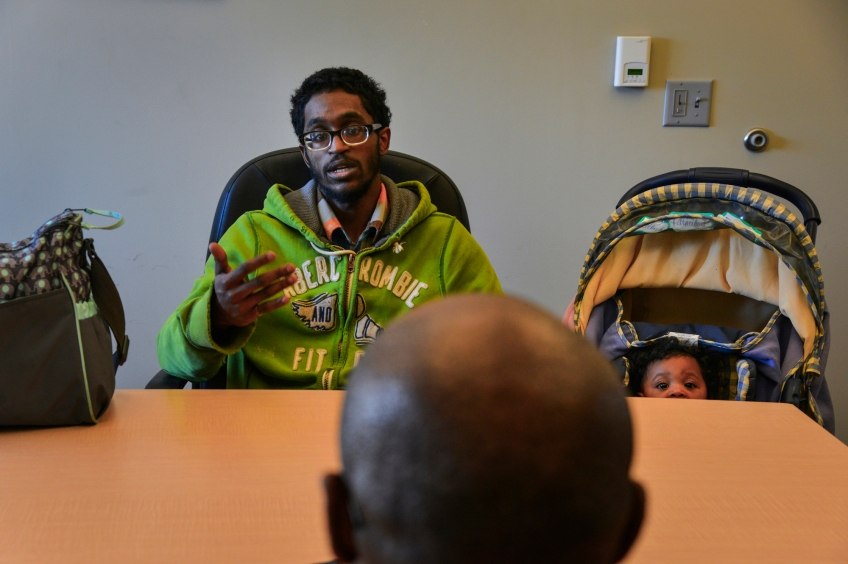 With his daughter, Sapphire, curiously looking on, Paul Gayle explains to social worker Alphonso Pettis about being thrown out of his mother’s house after a disagreement. At 19, he possessed what few other black men in his neighborhood did: He was among the 42 percent with no criminal record; the 35 percent with a high school diploma; and the 14 percent of fathers who lived with their child. “A master at barely avoiding disaster,” his mother said of him, but she had said the same thing about Paul’s father until he was shot and killed during an argument at 39, when Paul was in eighth grade.